Collapse of the marsh ecosystems of southern Iraq after 1991 forced hundreds of thousands of people into urban slums, and led to contamination of the remaining water supply. We will establish three test beds to see whether brackish water returned from oil drilling and refining can be used to construct new salt marshes. These will filter water, provide forage for livestock, create habitat for fish nurseries, and give new economic opportunities.

Until 1991, Iraq's marshes were remarkably resilient. For over 5,000 years they supplied construction material, fuel, livestock fodder, and protein (fish and waterfowl) that supported the world's oldest, longest-lived urban civilization.

However, the 1991 Gulf War kicked off a chain of events so disruptive that even this hardy system could not recover. Over 15,000 square miles of marshland were forcibly drained. Upstream damming shut down 90% of the rivers' freshwater flow. Irrigation return water from central Iraq - contaminated with herbicides, pesticides, petrochemicals, and salts flushed from agricultural soils - was piped directly into the few remaining patches of wetland, or directly into the Gulf.

These engineering actions desolated vast tracts of land so quickly that plant communities never had a chance to re-adapt. By desiccating hatchery habitat and drastically altering water salinity, they also collapsed both fresh and salt-water fisheries.

Attempts to restore the marshes have been only marginally successful: there simply isn't enough fresh water to re-flood more than a fraction of their former extent - and what remains is too far away to provide environmental support to far-distant Basra.

Iraq's marshes suffered engineered destruction within the course of a single decade - but here in the United States, coastal wetlands have suffered and continued to suffer similar degradation on a much slower, but also much larger scale. Due to off-take for agricultural, industrial, and urban consumption, the Colorado River no longer reaches its own delta, let alone its former outlet in the Sea of Cortez. Its once-lush marshlands, home to otter, herons, and jaguar at the time of Spanish first contact, are long gone.

World-wide, dozens of rivers have met the same fate. Under stress from industrial development, sea-level change, and climatic change, since 1932, Louisiana has lost nearly one-quarter of its coastal land area - about 1,900 square miles. Over half of the Florida Everglades has been converted to agriculture. Diversion of those waters has slowed aquifer recharge, resulting in salt water intrusion into Miami's drinking water supply.

We know that constructed marshes can be (and have been) used effectively for (fresh) waste water treatment, at far lower cost than conventional treatment plants. Further, constructed coastal (tidal) salt marshes have been used effectively to halt erosion and mitigate storm damage. We seek to harness these kinds of successes to a new endeavor: that of reclaiming waste water from oil drilling and refining, using it to construct a test marsh, and comparing the result, in terms of biomass production and outflow water quality, to results obtained from test marshes built for (freshwater) sewage treatment and (brackish) irrigation return water.

Plant strains from communities identified as most successful under each condition will then be micro-propogated, and used to populate chains of marshes constructed to manage Basra's urban and industrial waste water streams.

If successful, the project will revitalize villages left high and dry by the previously engineered destruction, restore (at least some) environmental services to the larger cities - and serve as a living laboratory for new remediation techniques, with world-wide application.

With this funding, by May 2014, we will meet with land donors, survey the proposed sites, and collect soil and water samples. Over the summer, we will analyze them to determine the mix of specific plants and microorganisms best suited to these tough conditions. Then we will prepare the detailed engineering plan and commence construction.

We have already assembled the team, obtained in-country support, identified a willing land donor, set a date and time for the survey, and have hosts who will cover our ground costs.This funding will pay for our international flights to attend these meetings and collect samples. Stretch funding will pay lab fees and support lab assistants to process our pilot soil and water samples.

Our overarching goal is to test whether we can effectively use waste water and waste land to construct salt marshes that will treat the contaminated water.

Over the next two years, we will establish test beds to rapidly assess the best mix of salt-tolerant marsh grasses to:

We have the experts. We have the site. We have the meeting. We have the date. We just need to get there! Our next step is to fly to Basra, Iraq, meet with the land donors, preview the test sites, and collect soil and water pilot samples for analysis. All of our ground expenses are covered by our hosts - but not our airfare. Due to fund source restrictions on both ends of the project, we need alternative means to cover our international flights. After that, we'll use any funds from our stretch goal to pay for pilot lab work (tests can range from $10 to $1800 per sample), and to pay student researchers to keep the lab work running as we monitor results. Our University will even match all funds we raise, so your donations only have to cover the cost of one ticket to kick off the project!

I focus on evolutionary, functional and behavioral ecology, with applications to conservation and environmental issues. Environments vary on multiple spatial and temporal scales.This test project is essential for understanding how native and introduced species can be stabilized and adapted to tolerate physiological, ecological, and evolutionary stresses under conditions of extreme disturbance. 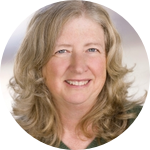 Carol Boggs
Director, School of the Earth, Ocean & Environment, Department of Biology, University of South Carolina
As a result of projects such as this, it is now becoming increasingly clear that we cannot understand the emergence of Mesopotamian civilization, the earliest in the world, unless we understand the ecology and archaeology of the nearby marshes. Those marshes not only provided many of the resources on which early Mesopotamian cities depended but also provided those cities with a degree resiliency that helps explain the enduring preeminence of Mesopotamian civilization in the Ancient Near East.

Guillermo Algaze
Professor of Anthropology, University of California, San Diego
My research explores the effects of climate and climate change on the physiology and ecology of marine organisms. Our work has shown some surprising results that suggest that our expectations of where to look for these effects in nature can be very complex, due to the interaction of climate and tides. In Iraq's delta, the collapse of marsh systems has profoundly altered these interactions in ways that have not yet been studied. This project will allow the Marine Science Centre to assess individual variables that impact survival and reproduction of key species. 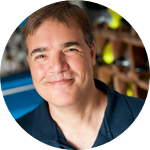 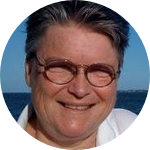 Landscape archaeologist Jenny Pournelle began working with Iraqi universities in 2003. Over the past four years, she has built solid links between USC and U. Basrah's Marine Science Centre, our chief collaborators in this project. She has also secured admission for 100+ fully-funded Iraqi STEM PhD candidates to USC.

Salt marsh ecologist Jim Morris, director of the Belle W. Baruch Institute for Marine and Coastal Studies, will lead the science side of the project, to assess the best match of plants and microbial communities to the soils, water, salinity, and contaminants we find at the test site.

I am a landscape archaeologist, cultural ecologist, and anthropologist who uses satellite imagery, air photography, ethnographic studies, and environmental data to study the relationship of ancient cities to their natural environments. I am especially concerned with social and environmental processes that affect urban sustainability over thousands of years. This project will open a new chapter in my life's work: applying the lessons learned from those studies to help solve real-world problems. Cities cannot survive without the wetlands that store and filter their water supplies - for drinking, agriculture, industry, and transportation. Basra has lost most of its water supply, and what's left is highly polluted. By building new wetlands, can we help remedy that situation? We believe we can - and we'd like the opportunity to prove it.

Learn More About Us

Our support levels are named for the once-ubiquitous boats that plied the canals, rivers, lakes, marshes, ports, and seas of southern Iraq, moving all manner of goods from the countryside to the towns; the towns to the cities; and the cities to the world.

To get a feel for the size and uses of each, I recommend A Dweller in Mesopotamia by Donald Maxwell.